Will your big idea be a cash cow or go up in smoke?

Are you sitting on the next big idea? Were you hit with a revelatory shower thought that inspired you to dream up a new product feature or business venture?

It’s quite exciting to have that creative lightbulb flash up in your mind. But before you go full steam ahead, there are some things you’ll need to consider:
‍

➤     To launch a new project requires significant funding and time. What if you pump a                 staggering amount of resources into this idea and it ends up falling flat?

“A smoke test allows you to validate your idea early on. Before you spend too much time, effort or money.”

Even if you’ve done your research, it’s still a big risk to take the leap and launch your new product into the market. So you’re probably wondering how you can be sure that your idea will be worth investing in. And whether it will actually make you money!

What if there was a low-risk way to put your product to the test?

News flash! There is! Did you know that you can do a so-called smoke test to validate your project? In this article, we’ll tell you how to find out whether your big idea is a firecracker or nothing more than a wisp of smoke.

In need of a kick-ass strategy?

Yes, give me expert advice!

What is a smoke test?

The term “smoke test” arose in the curious world of computer programming. The purpose of a smoke test is to regularly perform quick tests to ensure a feature is functional, such as: “Does clicking this button actually do what it’s supposed to do?” This type of rapid testing is intended to fix simple failures.

‍
In the world of business and marketing, we’re more interested in solving questions like: “Will this product fail on the market?” or “Will my target audience want to pay money for this product?” So instead of asking ourselves whether it’s working correctly, we want to know whether it’ll work at all.

Either way, the principle remains the same. Validate your idea early on, before you spend too much time, effort or money.

Fake it ‘til you make it

Dan Martell talks about creating a Minimum Economical Viable Offer (MEVO). This is an offer of value with a minimum number of features that someone would be willing to pay for.

It’s important to note that you’re not actually building a product or developing a new feature just yet. The idea is to create a fake offering simply to test how the market will respond, if there will be sufficient demand and whether people would consider paying money for your idea.

You could do this by setting up a landing page for a new product launch and urging people to sign up. Or maybe you’d like to see whether people would pay extra to customize a package? In this case, rather than automating the process, you could manually invoice them and arrange for the additional products to be included.

Don’t worry about disappointing prospective customers. If you end up not building the product or incorporating that new feature, you can simply apologize. Better yet, you could play it extra safe and launch your offering under a fake brand name.

The 7 steps of the smoke test process

The procedure for the smoke test varies but the steps described by Dominic Coryell of Gimme Growth are used quite frequently.

Create a hypothesis, a statement that clearly outlines what is required to justify moving forward with your idea.

An example: “The product is worth building if, in the first month, x people sign up for the product via the landing page.”

Or: “It’s worth investing the resources to build this feature if, in the first month, it will increase gross profit by x%.”

The point of a smoke test is to validate your idea without spending a great deal of time and financial resources. So design a lean experiment that can be conducted without getting developers involved. To keep costs low, you can make use of free tools, mock-ups and landing pages.

3. Get the right audience involved

You want to find out whether your offer appeals to real customers. And not just real customers, the right customers. From your research, you should have a pretty good idea of what your target audience looks like and how to reach them.

If possible, ensure you can get enough prospects to convert so that you can make a data-driven decision. If not, don’t fret! The smoke test should still give you a good indication of whether your product or service would be successful.

➤     If you want to sell a new product online, you could set a max daily budget for the                duration of the experiment and run a fake Facebook or Google Ads campaign.

Your research will already have given you a good understanding of how your existing customers move through the funnel. Throughout the smoke test, you also need to track your prospects’ behavior. To this end, you should formulate some KPIs that serve to validate or invalidate your hypothesis.

➤     Conversion rates: the number of people who actually sign up for your fake offer

➤     The bounce rate on your landing page

“The iterative process is in place to get something better than a maybe.”

Don’t give up if you didn’t get the results you were hoping for right away. It doesn’t necessarily mean your idea won’t work. The first iteration of a smoke test is not likely to give you a definitive answer, even if you have gathered enough data.

The iterative process is in place to get something better than a maybe. Keep analyzing, making small changes and running the test again until you’ve optimized the process to the best of your ability.

Changes you could make:

Did you know that a simple change in wording could lead to significantly higher click-through rates?
An example of this is modifying your call to action (CTA) to focus on the result rather than the action you want your prospects to take: “Yes, I want to get this limited offer!” instead of “Order now”

Regardless of the number of iterations, the smoke test will probably not ever provide you with irrefutable results. Make sure you define a period of time after which you must analyze your findings based on the data you’ve gathered. Then decide whether your idea is worth executing or not.

We’ve snuck in a 7th step here because it’s so important to hold a retrospective meeting and evaluate the process. Don’t forget to discuss what went well, what could’ve gone better, and most importantly, what you learned from it.

The importance of agile thinking

‍Even when you fail, you win. That’s the beauty of growth experiments and an agile mindset. At the very least, if the experiment flops, you will not have wasted too much time or money. You might even have obtained some email addresses in the process. Most importantly, the test ought to provide you with some valuable insights you can use for next time.

Intrigued about how agile thinking & growth cycles can save you time and money?

Yes, I want to know more!
View all cases 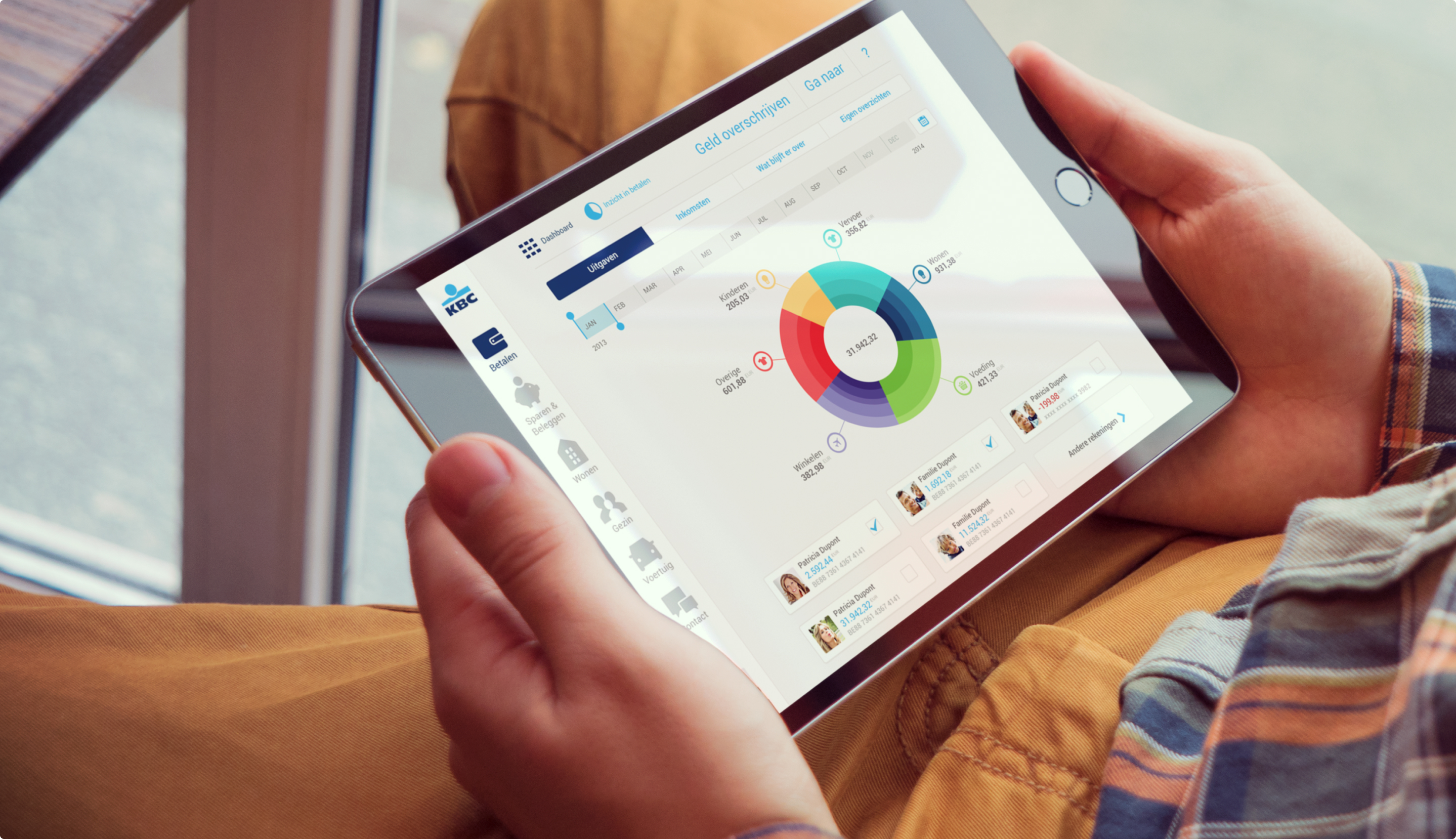 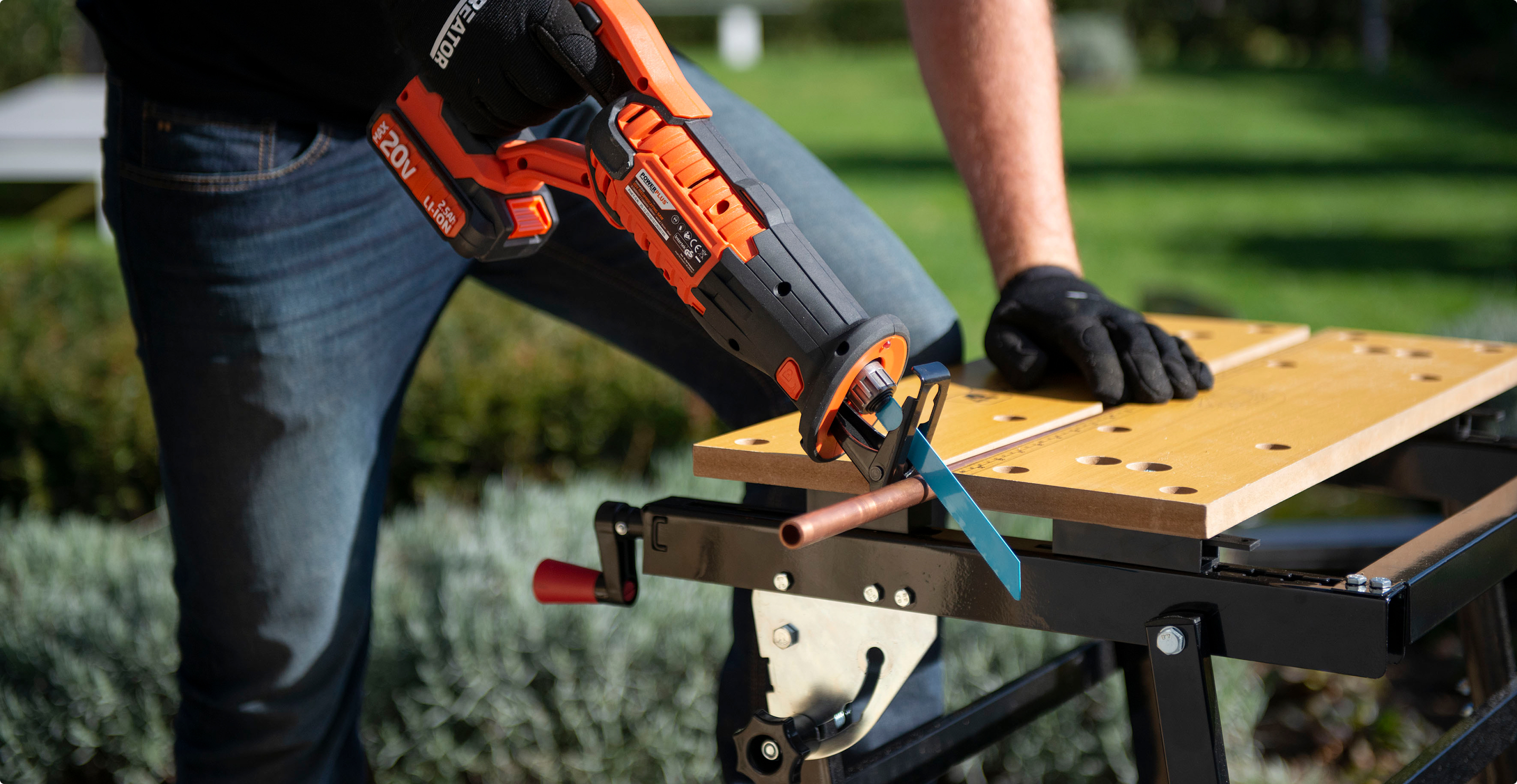 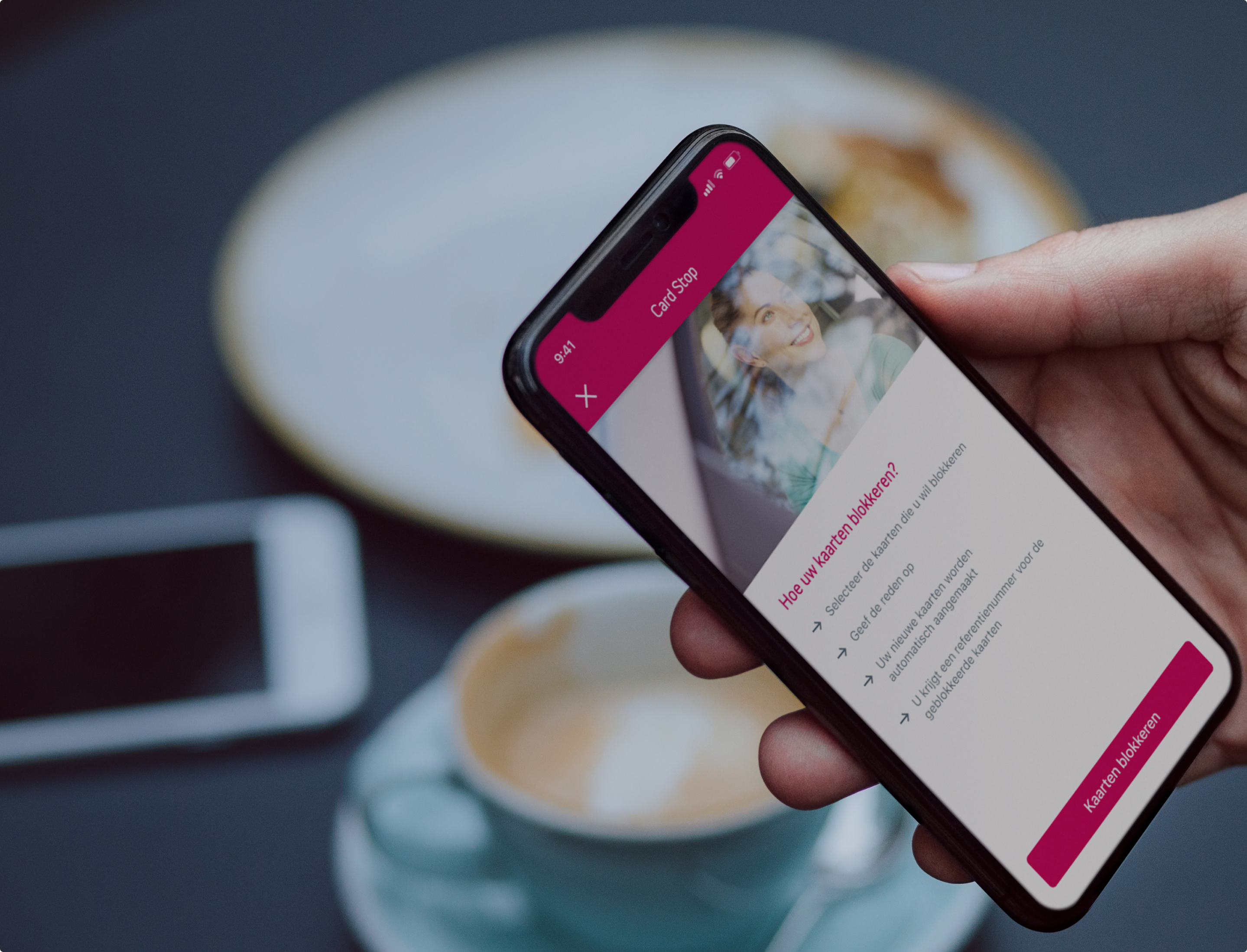 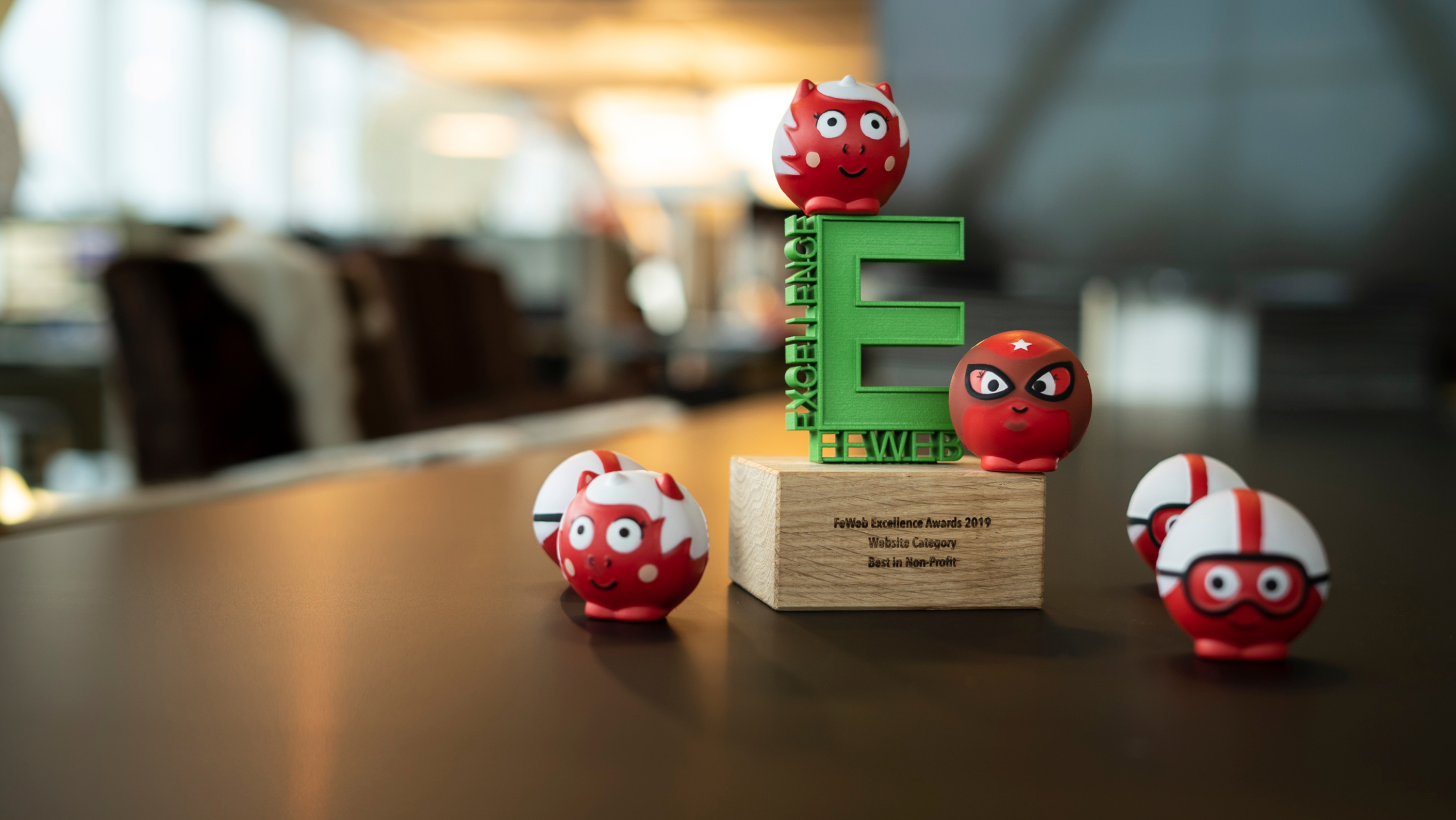 A digital platform that goes above and beyond